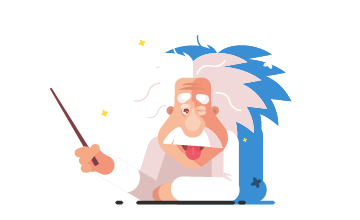 In Gaussian process regression for time series forecasting, all observations are assumed to have the same noise. When this assumption does not hold, the forecasting accuracy degrades. Student’s t-processes handle time series with varying noise better than Gaussian processes, but may be less convenient in applications. In this article, we introduce a weighted noise kernel for Gaussian processes allowing to account for varying noise when the ratio between noise variances for different points is known, such as in the case when an observation is the sample mean of multiple samples, and the number of samples varies between observations. A practical example of this setting is forecasting of mean visitor value based on revenues and numbers of visitors over fixed time intervals.

Here, $m(\cdot)$ is called the mean function, and $k(\cdot, \cdot)$ the kernel. Given any vector of points $\pmb{x}$, the distribution of the function values at these points follows multivariate normal distribution:

Posterior inference is performed by computing the mean and standard deviation at each point of interest based on values of the target variable at the observed points.

Inference depends on the process kernel. Kernels can be combined by addition and multiplication, and most kernels are parameterized by a small number of hyperparameters. The hyperparameters are inferred (‘tuned’), e.g. by maximizing the likelihood on the training set.

To deal with noisy observations, a small constant $\sigma_n^2$ is customarily added to the diagonal of the covariance matrix $\Sigma$:

The constant $\sigma_n^2$ is interpreted as the variance of observation noise, normally distributed with zero mean. Instead of adding the noise to the covariance matrix, a white noise kernel term can be added to the process kernel. The white noise kernel $k_n(\cdot, \cdot)$ is specified as:

Here, $\equiv$ means that $x$ and $x’$ refer to the same point, rather than just to a pair of possibly different points with the same coordinates.

In certain important cases, such as the mentioned cases of forecasting the mean from observations of the empirical mean over varying sample sizes, the relative variance in each point can be accurately approximated, and only a single parameter, the variance factor, must be learned. This leads to the weighted white noise kernel:

Here $w(x)$ is the noise weight of observation $x$, which in the case of empirical mean forecasting is the reciprocal of the number of samples.

In addition to the kernel itself, the derivative $k’_{wn}(\cdot, \cdot)$ of the kernel by $\log \sigma_n^2$ is required for learning the hyperparameter:

There are two options for forecasting:

It is tempting to adopt the first approach, however this breaks consistency with the unweighted kernel. A simple assumption in the second case is that the average precision of observations in future data is the same as in the training data. This is tantamount to setting the noise weight of all future points to the harmonic mean of noise weights of the observed points $x_1, x_2, \dots, x_N$:

The implementation in the case study uses the latter noise estimate.

We implemented a weighted white noise kernel for the scikit-learn version of Gaussian processes, using the WhiteKernel as the starting point and modifying the code to accept observation weights. Figure 2 compares forecasting with uniform (orange) and weighted (green) noise. The weighted noise kernel gives much tighter confidence bounds, while still closely following the dynamics of the average visit value.

Two examples where weighted noise kernel noticeably improves forecasting are hours $23$ and $44$, marked in red on the plot. In both cases, weighted forecast (green) is closer to the empirical mean (and to the apparent true mean). Unweighted noise forecast is disturbed by noisy observations during hours $20–22$, either immediately preceding the forecast ($23$), or influencing the forecast through the daily seasonal component of the kernel ($44$).

The implementation of the weighted white kernel for scikit-learn used in the study is available at http://github.com/dtolpin/weighted-white-kernel.

David Tolpin
As the Head of our Data Science department, David likes to say he does two things well - write cool programs that work, from design to support, and conduct cutting-edge AI research, from idea to publication.
More from Engineering Blog
Scaling Machine Learning Models With Docker, ECS and Redis
Elad Zalait
In PubPlus’ Data Science Department, we strive to make life easier with automated tools. That’s why we...
Technical – A Small Program Can Be a Big Challenge
David Tolpin
A probabilistic model for session depth estimation A good part of today’s internet content is created and...
Bid Selection Under Uncertainty – An Explanation
David Tolpin
The purpose of managing bids is to maintain optimum balance between profit and traffic volume. Achieving this...
Show more
News
ClearPier Acquired PubPlus for $60M
Gil Bar-Tur
ClearPier, one of the largest ad-tech companies in Canada, acquired the Israeli advertising technology company PubPlus for...
PubPlus Certified As Verizon Media Preferred Partner
Adi Harush
PubPlus Joins Verizon Media Native Marketplace Preferred Partner Program PubPlus, the leading revenue attribution platform for content publishers,...
PubPlus Certified As Snapchat Ads Partner
Adi Harush
Reflects PubPlus’ Expertise In Helping Publishers Leverage Snapchat for Profitable Content Distribution TEL AVIV, Israel, Oct. 29,...
How Real-Time Revenue Attribution Unlocks More Revenue Per Visitor
Gil Bar-Tur
This article first appeared on MarTech Series  Today’s most successful online publishers are operating according to a...
PubPlus Ranked Among the 2018 Deloitte Tech Fast 500™ EMEA
Shiri Hershkovitz
Deloitte recognizes PubPlus as one of the fastest-growing technology companies in the Europe, Middle East and Africa...
More News
PubPlus Central
PubPlus Ignites Female Empowerment On Soccer League
Shiri Hershkovitz
PubPlus has been the proud sponsor of the Bnot Yehuda women’s soccer club for over a year....
Takeaways From MediaPost’s Publishing Insider Summit
Adi Harush
MediaPost held their annual Publishing Insider Summit this past weekend in the historic golfing city of Pinehurst,...
A Tale from Vail: An Inside Look at the Digiday Publishing Summit
Omry Aviry
Digiday held their annual Publishing Summit in Vail, Colorado at the end of March. It’s three days...
The Rise Of News Platforms: Are They Worth It?
Omry Aviry
With publishers scrambling around in the wake of Facebook’s algorithm changes last year, a number of previously...
3 Things We Learned From Digiday Publishing Summit US
Shiri Hershkovitz
Subscriptions are hot…but cost a lot. A lot of conversation among publishers revolved around the topic of...
PubPlus, “We Can Tell Anyone If It Was Worth Spending The Money”
Shiri Hershkovitz
Gil Bar-Tur founded PubPlus – an Israeli startup company that is receiving its first exposure here and...
More PubPlus Central
Resource Hub
Publishers Guide to the Galaxy – Camping
Shiri Hershkovitz
Going on a camping trip to enjoy the fresh air? There’s a good way and a bad...
PubPlus’ Best Practice Series: Snapchat Best Practices
Omry Aviry
Social platforms have opened up countless opportunities for publishers, but it can be tricky to navigate their different...
Publishers Guide to the Galaxy – Traveling
Shiri Hershkovitz
Traveling abroad and checking the weather to see what to pack? There’s a good way and a...
Publishers Guide to the Galaxy – Restaurants
Shiri Hershkovitz
Going to a nice restaurant and trying to figure out the best way to pay the check?...
How to Profitably Scale Audience Development Campaigns
Shiri Hershkovitz
Watch how to profitably scale your audience development efforts by understanding your data, connecting your marketing spend...
Clear and Simple: Paid Content Distribution Made Profitable
Gil Bar-Tur
PubPlus’ CEO, Gil Bar-Tur, addressed the elephant in the room and tackled paid content distribution challenges head...
More Resource Hub
Thought Leadership
Bad Actors Went Bargain Hunting On Cyber Monday Too!
Omry Aviry
This article was originally published on Medium, by Clean.io Publishers without protection feel the steep costs of...
A Publishers Guide to Google’s Confirm Click Penalty
Alon Germansky
You’ve most likely heard a thing or two about Google’s confirm click penalty. First spotted several years...
Move Over, Unicorns: Here Comes Social-First Publishers
Gil Bar-Tur
This article first appeared on MediaPost In the tech world, we love to watch the unicorns, those...
Facebook Is Hitting Publishers Where It Hurts: Here’s What To Do
Leytal Ross
This article first appeared on Digiday. It’s no secret that Facebook is cracking down on publishers who...
Why Are Publishers Struggling to Master Paid Content Distribution?
Gil Bar-Tur
This article first appeared on Digiday The advertising environment is transforming, pushing publishers to find new revenue...
Know What You’re Getting Into – Hidden Obstacles of Subscriptions
Adi Harush
Securing Revenue Streams The New York Times, The Washington Post, Wall Street Journal, LA Times and The...
More Thought Leadership