3 Things We Learned From Digiday Publishing Summit US 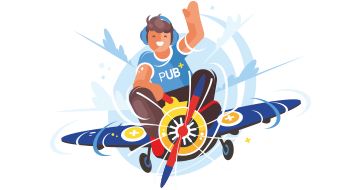 Subscriptions are hot…but cost a lot.

A lot of conversation among publishers revolved around the topic of paywalls and how best to manage them. Many large news organizations have found that people are willing to pay to receive high quality journalism or niche content, but the cost on the publisher’s side is enormous, and sometimes overwhelming.

Publishers who are interested in implementing subscriptions are asking each other, “who is going to manage all of the data for me?” Who in their organization going to take care of the segmentation and inform editorial which content is bringing the most conversions? Which content should be placed where, and that’s before they’ve spoken about cart abandonment and churn. Which analytics platforms and payment processors should they be using? Is this all audience development’s job? There’s a need to hire and restructure staff, and no one is sure what’s the best way to go about it.

Implementing technology and hiring a team that focuses on this crucial data that can help guide you in these steps can run up costs in the millions of dollars per year, according Digiday’s latest research on subscription publishers.

Publishers are more skeptical of platforms than ever before

It seems to have come to the point where publishers are very much caught between a rock and a hard place when it comes to platform publishing. On the one hand, they need the platforms to reach audiences who spend most of their time there. But if one or more platforms become a very successful source of traffic or revenue for a publisher, then they are left at the mercy of said platform. “We’ve seen platforms make changes that have huge implications for publishers,” an exec at a major publisher told Digiday at the Publishing Summit.

Take Apple’s latest pitch to publishers to join the Texture service they acquired, for example. Most likely to be incorporated into the wider Apple News, Texture offers a service whereby readers can gain access to a multitude of publications for only $10 per month. While it seems like an attractive proposition for some, publishers are just as wary to sign up as they are intrigued by its potential value. “What if it works? Then Apple News owns us,” another exec told Digiday.

The conversation among publishers is continuing to move towards earning a bigger slice of the revenue generated by mega platforms, when it’s their content that the platforms are aggregating, and ultimately, fueling users to return. Publishers seem to be scaling back from investing a lot of time and effort into platforms when their returns in revenue and referrals are not equal. 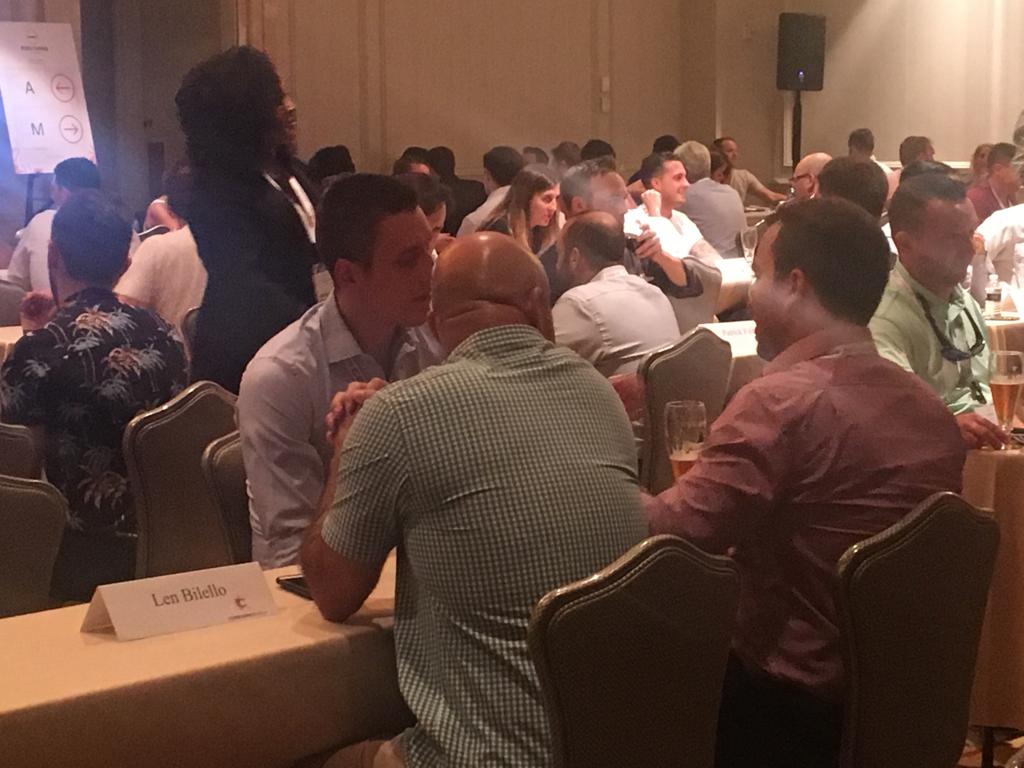 Editorial analytics, being data-informed, or even data-first, has become a very important strategic method to newsrooms and content teams around the globe.

“How can I know which content or what types of articles are likely to generate the most amount of profit for me?” One major publisher asked us at DPS US. “How can I know when two pieces of content are being distributed in different places, with one not having been as prominently pushed as another, which is the most valuable? And how do I communicate this to my editorial team?”

A number of tech savvy publishers have built their own in-house editorial analytics in order to understand trends in their traffic and engagement, The Guardian and Buzzfeed being among the two best known. However, there are still a large number who don’t use them, and or, are not sure what to do with the data they receive. Therein lies the problem.

What most editorial analytics platforms fail to address is, what is the real value, in monetary terms, of the data that is shown? Page views, as a stand alone metric, are nice to see, but when you add in the monetary value of what a particular visit, or groups of visitors, or specific articles are actually generating in revenue, only then can you understand the value of trying to achieve more, or zoning in on the content and visitors that are generating the most revenue. Also, if a particular piece of content is generating a high ROI, or higher RPMs, but hasn’t gained maximum exposure, then it’s worth scaling that content on more channels.

Shiri Hershkovitz
As the VP Marketing of PubPlus, Shiri is in charge of creating and managing the PubPlus brand and marketing activities to spread the word of PubPlus’ amazing potential to current and future clients. She may also have an addiction to 80s music and glow-in-the-dark gadgets.
More from PubPlus Central
PubPlus Ignites Female Empowerment On Soccer League
Shiri Hershkovitz
PubPlus has been the proud sponsor of the Bnot Yehuda women’s soccer club for over a year....
Takeaways From MediaPost’s Publishing Insider Summit
Adi Harush
MediaPost held their annual Publishing Insider Summit this past weekend in the historic golfing city of Pinehurst,...
A Tale from Vail: An Inside Look at the Digiday Publishing Summit
Omry Aviry
Digiday held their annual Publishing Summit in Vail, Colorado at the end of March. It’s three days...
The Rise Of News Platforms: Are They Worth It?
Omry Aviry
With publishers scrambling around in the wake of Facebook’s algorithm changes last year, a number of previously...
PubPlus, “We Can Tell Anyone If It Was Worth Spending The Money”
Shiri Hershkovitz
Gil Bar-Tur founded PubPlus – an Israeli startup company that is receiving its first exposure here and...
How We’re Saving The Online Publishing Industry
Gil Bar-Tur
Our Mission: Save The Online Publishing Industry It was only a few years ago that the print...
Show more
Engineering Blog
Scaling Machine Learning Models With Docker, ECS and Redis
Elad Zalait
In PubPlus’ Data Science Department, we strive to make life easier with automated tools. That’s why we...
Gaussian Process Regression With Varying Noise
David Tolpin
In Gaussian process regression for time series forecasting, all observations are assumed to have the same noise....
Technical – A Small Program Can Be a Big Challenge
David Tolpin
A probabilistic model for session depth estimation A good part of today’s internet content is created and...
Bid Selection Under Uncertainty – An Explanation
David Tolpin
The purpose of managing bids is to maintain optimum balance between profit and traffic volume. Achieving this...
More Engineering Blog
News
ClearPier Acquired PubPlus for $60M
Gil Bar-Tur
ClearPier, one of the largest ad-tech companies in Canada, acquired the Israeli advertising technology company PubPlus for...
PubPlus Certified As Verizon Media Preferred Partner
Adi Harush
PubPlus Joins Verizon Media Native Marketplace Preferred Partner Program PubPlus, the leading revenue attribution platform for content publishers,...
PubPlus Certified As Snapchat Ads Partner
Adi Harush
Reflects PubPlus’ Expertise In Helping Publishers Leverage Snapchat for Profitable Content Distribution TEL AVIV, Israel, Oct. 29,...
How Real-Time Revenue Attribution Unlocks More Revenue Per Visitor
Gil Bar-Tur
This article first appeared on MarTech Series  Today’s most successful online publishers are operating according to a...
PubPlus Ranked Among the 2018 Deloitte Tech Fast 500™ EMEA
Shiri Hershkovitz
Deloitte recognizes PubPlus as one of the fastest-growing technology companies in the Europe, Middle East and Africa...
More News
Resource Hub
Publishers Guide to the Galaxy – Camping
Shiri Hershkovitz
Going on a camping trip to enjoy the fresh air? There’s a good way and a bad...
PubPlus’ Best Practice Series: Snapchat Best Practices
Omry Aviry
Social platforms have opened up countless opportunities for publishers, but it can be tricky to navigate their different...
Publishers Guide to the Galaxy – Traveling
Shiri Hershkovitz
Traveling abroad and checking the weather to see what to pack? There’s a good way and a...
Publishers Guide to the Galaxy – Restaurants
Shiri Hershkovitz
Going to a nice restaurant and trying to figure out the best way to pay the check?...
How to Profitably Scale Audience Development Campaigns
Shiri Hershkovitz
Watch how to profitably scale your audience development efforts by understanding your data, connecting your marketing spend...
Clear and Simple: Paid Content Distribution Made Profitable
Gil Bar-Tur
PubPlus’ CEO, Gil Bar-Tur, addressed the elephant in the room and tackled paid content distribution challenges head...
More Resource Hub
Thought Leadership
Bad Actors Went Bargain Hunting On Cyber Monday Too!
Omry Aviry
This article was originally published on Medium, by Clean.io Publishers without protection feel the steep costs of...
A Publishers Guide to Google’s Confirm Click Penalty
Alon Germansky
You’ve most likely heard a thing or two about Google’s confirm click penalty. First spotted several years...
Move Over, Unicorns: Here Comes Social-First Publishers
Gil Bar-Tur
This article first appeared on MediaPost In the tech world, we love to watch the unicorns, those...
Facebook Is Hitting Publishers Where It Hurts: Here’s What To Do
Leytal Ross
This article first appeared on Digiday. It’s no secret that Facebook is cracking down on publishers who...
Why Are Publishers Struggling to Master Paid Content Distribution?
Gil Bar-Tur
This article first appeared on Digiday The advertising environment is transforming, pushing publishers to find new revenue...
Know What You’re Getting Into – Hidden Obstacles of Subscriptions
Adi Harush
Securing Revenue Streams The New York Times, The Washington Post, Wall Street Journal, LA Times and The...
More Thought Leadership