Technical – A Small Program Can Be a Big Challenge 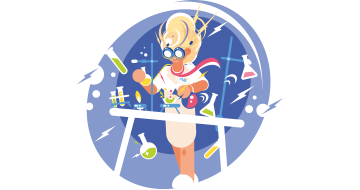 A good part of today’s internet content is created and shaped for delivering advertisements. Internet pages are interconnected by links, and a visitor is likely to open multiple pages from the same publisher. After a while, visitors leave the website, either due to clicking on an advertisement or just because they get bored and switch to other content or activity.

The probability distribution of the session depth — the number of pages opened during a single visit — is an important metric for the publisher. It is used both to estimate revenues from the advertising campaign and to optimize the website: links between pages, page content, and advertisements appearing on each page. Session depth constitutes a counting time series. There are established techniques for forecasting in counting time series, however those techniques are mostly based on assumption that the time series realizes a unimodal distribution at every point in time, such as the Poisson or the Geometric distribution. This assumption is inadequate for session depth time series: there are usually multiple pages where the visitor is most likely to leave; this commands a multi-modal predictive distribution.

A sequence of Beta-Bernoulli distributions, one for each page, gives a reasonable generative model for session depth. There are, of course, dependencies between pages — a user which is likely to leave on a certain page is also likely to leave on ‘similar’ pages, — but we can ignore these dependencies in an initial approximation. One phenomenon should be accounted for though — the website evolves as new pages are published, existing pages edited, and links between pages are added or removed. The posterior distribution should incorporate uncertainty due to such changes.

The Generative Model of a Visit

We view a visit as a sequence of opened pages of length at most \(N\). A Beta-Bernoulli distribution \(Beta\mbox{-}Bernoulli(\alpha_i, \beta_i\) for the \(i\)th page for each \(i \in \{1, \ldots, N\}\) models the event of leaving after visiting the page. We draw the session depth by passing through the sequence until the ‘left’ event (Algorithm 1).

To update the beliefs based on the observed session depth \(K\), we just increment \(\beta_i\) if the visitor continued to the next page, that is \(i < K\), or \(alpha_i\) if the visitor left at the \(i\)th page \(i = K\). We must also account for the uncertainty due to content changes (we are not informed about the changes). After trying a few alternatives, we represent uncertainty as a cap \(C\) on the amount of evidence which we collect for each page. If \(\alpha_i + \beta_i\) exceeds \(C\) after updating, we scale down both \(\alpha_i\) and \(\beta_i\) by the same factor, such as the probability of leaving remains the same, but \(\alpha_i + \beta_i\) is equal to \(C\) (Algorithm 2).

Algorithm 2: Updating the beliefs based on the observed session depth.

The animation below shows running the model on 1000 visits, where the average session depth gradually decreases from 5 to 1. Note how the mean gradually and smoothly follows the trend, despite very noisy data. \(C\) was set to 1000.

We turn to probabilistic programming for this task, putting a prior on \(C\) and running the inference on the history of session depth observations. We then infer the posterior distribution of \(C\), and use the mean of the posterior for forecasting. An example of predicted \(C\) values is in the histogram below.

> The program code is at bitbucket.org/probprog/ppv-pp-paper, in the `worksheets` folder.

For prototyping, we used Anglican. The model is straightforward to implement in Anglican, a Lisp dialect. Since we only have a single random variable to infer, Metropolis-Hastings Monte Carlo performs well, and Anglican runtime is fast enough to produce 10,000 samples in 8 seconds, given 100 observations. However, there were reasons that prevented us from using Anglican in production, and we turned to other probabilistic programming environments.

Namely, we looked for Python API, scalability, and support for efficient variational inference; Edward and Pyro were two obvious candidates.

Edward is based on TensorFlow and uses TensorFlow API for expressing flow control and variable updating. This results in more verbose code which is hard to read and debug. However, even when the challenge of expressing belief updates through tensor manipulations is overcome, an additional difficulty arises due to the complete separation between the generative model and the data in Edward. Our probabilistic program both conditions the distribution of \(C\) and updates beliefs of leaving the article at each page based on the data. Specifying the model in a data-agnostic way is possible but inference would becomes unreasonably inefficient. In our simple case, belief updating and drawing the session depth can luckily be disentangled — the probability of leaving the campaign at each page does not depend on the updated beliefs for earlier pages. However, we still need to pass the data twice — both to the model and to inference.

We first ran the inference with importance sampling, which gave acceptable results, partially because our prior on \(C\) was close to the posterior. However, the running times were even longer than with Edward: it takes more than 10 minutes for Pyro to draw 10,000 samples. We then turned to variational inference, only to discover that the model would have to be rewritten: since gradients are computed by the underlying PyTorch code, all involved computations must be expressed as non-destructive tensor manipulations, in a way similar to Edward implementation. Variational inference gave results consistent with importance sampling, however the learning rate had to be set low enough to ensure convergence. Consequently, the running time of variational inference was longer than of importance sampling for similar accuracy.

The full Go implementation is at http://bitbucket.org/dtolpin/pps

Go is a (relatively) new programming language from Google. Recently, Go is increasingly used for machine learning and data science. We implemented the model in Go and manually coded a simple version of Metropolis-Hastings inference algorithm. The implementation came out amazingly lean and simple:

The implementation produces 10,000 samples for 1000 observations (ten times more data than for the probabilistic programs above) in less than a second, and the simulator runs blazingly fast. Animation gifs in this post were produced using the Go program, it would take too long to generate them with other tools.

For deployment in production, we implemented a custom solution in Go, which is fast and works well for our current setup. The performance is much better than of any probabilistic system’s implementation. However, this impedes our ability to extend the probabilistic model to encounter for other factors and dependencies.

This case study points at properties of probabilistic programming systems which are crucial for adoption but missing in many of the implementations.

* Data structures must transparently support persistent updating and manipulation along with high performance.

David Tolpin
As the Head of our Data Science department, David likes to say he does two things well - write cool programs that work, from design to support, and conduct cutting-edge AI research, from idea to publication.
More from Engineering Blog
Scaling Machine Learning Models With Docker, ECS and Redis
Elad Zalait
In PubPlus’ Data Science Department, we strive to make life easier with automated tools. That’s why we...
Gaussian Process Regression With Varying Noise
David Tolpin
In Gaussian process regression for time series forecasting, all observations are assumed to have the same noise....
Bid Selection Under Uncertainty – An Explanation
David Tolpin
The purpose of managing bids is to maintain optimum balance between profit and traffic volume. Achieving this...
Show more
News
ClearPier Acquired PubPlus for $60M
Gil Bar-Tur
ClearPier, one of the largest ad-tech companies in Canada, acquired the Israeli advertising technology company PubPlus for...
PubPlus Certified As Verizon Media Preferred Partner
Adi Harush
PubPlus Joins Verizon Media Native Marketplace Preferred Partner Program PubPlus, the leading revenue attribution platform for content publishers,...
PubPlus Certified As Snapchat Ads Partner
Adi Harush
Reflects PubPlus’ Expertise In Helping Publishers Leverage Snapchat for Profitable Content Distribution TEL AVIV, Israel, Oct. 29,...
How Real-Time Revenue Attribution Unlocks More Revenue Per Visitor
Gil Bar-Tur
This article first appeared on MarTech Series  Today’s most successful online publishers are operating according to a...
PubPlus Ranked Among the 2018 Deloitte Tech Fast 500™ EMEA
Shiri Hershkovitz
Deloitte recognizes PubPlus as one of the fastest-growing technology companies in the Europe, Middle East and Africa...
More News
PubPlus Central
PubPlus Ignites Female Empowerment On Soccer League
Shiri Hershkovitz
PubPlus has been the proud sponsor of the Bnot Yehuda women’s soccer club for over a year....
Takeaways From MediaPost’s Publishing Insider Summit
Adi Harush
MediaPost held their annual Publishing Insider Summit this past weekend in the historic golfing city of Pinehurst,...
A Tale from Vail: An Inside Look at the Digiday Publishing Summit
Omry Aviry
Digiday held their annual Publishing Summit in Vail, Colorado at the end of March. It’s three days...
The Rise Of News Platforms: Are They Worth It?
Omry Aviry
With publishers scrambling around in the wake of Facebook’s algorithm changes last year, a number of previously...
3 Things We Learned From Digiday Publishing Summit US
Shiri Hershkovitz
Subscriptions are hot…but cost a lot. A lot of conversation among publishers revolved around the topic of...
PubPlus, “We Can Tell Anyone If It Was Worth Spending The Money”
Shiri Hershkovitz
Gil Bar-Tur founded PubPlus – an Israeli startup company that is receiving its first exposure here and...
More PubPlus Central
Resource Hub
Publishers Guide to the Galaxy – Camping
Shiri Hershkovitz
Going on a camping trip to enjoy the fresh air? There’s a good way and a bad...
PubPlus’ Best Practice Series: Snapchat Best Practices
Omry Aviry
Social platforms have opened up countless opportunities for publishers, but it can be tricky to navigate their different...
Publishers Guide to the Galaxy – Traveling
Shiri Hershkovitz
Traveling abroad and checking the weather to see what to pack? There’s a good way and a...
Publishers Guide to the Galaxy – Restaurants
Shiri Hershkovitz
Going to a nice restaurant and trying to figure out the best way to pay the check?...
How to Profitably Scale Audience Development Campaigns
Shiri Hershkovitz
Watch how to profitably scale your audience development efforts by understanding your data, connecting your marketing spend...
Clear and Simple: Paid Content Distribution Made Profitable
Gil Bar-Tur
PubPlus’ CEO, Gil Bar-Tur, addressed the elephant in the room and tackled paid content distribution challenges head...
More Resource Hub
Thought Leadership
Bad Actors Went Bargain Hunting On Cyber Monday Too!
Omry Aviry
This article was originally published on Medium, by Clean.io Publishers without protection feel the steep costs of...
A Publishers Guide to Google’s Confirm Click Penalty
Alon Germansky
You’ve most likely heard a thing or two about Google’s confirm click penalty. First spotted several years...
Move Over, Unicorns: Here Comes Social-First Publishers
Gil Bar-Tur
This article first appeared on MediaPost In the tech world, we love to watch the unicorns, those...
Facebook Is Hitting Publishers Where It Hurts: Here’s What To Do
Leytal Ross
This article first appeared on Digiday. It’s no secret that Facebook is cracking down on publishers who...
Why Are Publishers Struggling to Master Paid Content Distribution?
Gil Bar-Tur
This article first appeared on Digiday The advertising environment is transforming, pushing publishers to find new revenue...
Know What You’re Getting Into – Hidden Obstacles of Subscriptions
Adi Harush
Securing Revenue Streams The New York Times, The Washington Post, Wall Street Journal, LA Times and The...
More Thought Leadership