There’s a very famous saying about putting all your eggs into one basket. Nothing could be more pertinent to the online publishing industry in 2018 than the phrase from Don Quixote. Relying on content to become ‘viral’ and bring more ‘free’ referrals than you ever imagined is a thing of the past. The viral king is dead, long live the pay-to-play king.

Facebook made changes to its news feed algorithm over the last year or so, and needless to say, many publishers have faltered under its traffic-squeezing adjustments. However, with some publishers merely trying to navigate the changes and A/B test to death how they can sustain growth like it’s 2014. 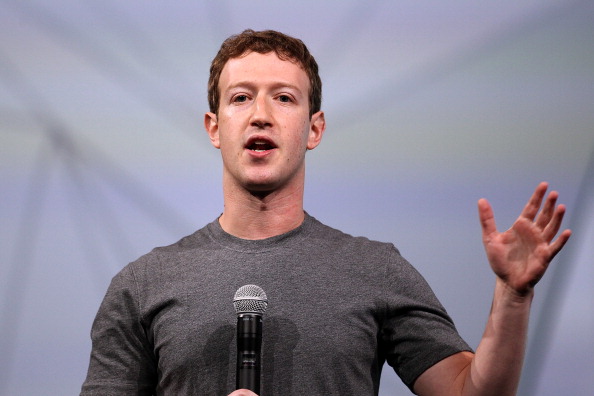 While some publishers have taken a different approach and are trying to adjust to the changes, there are also many examples of publishers faltering greatly.

The age of pay-to-play has been around for some time, but it is ever more relevant as ‘viral’ companies like LittleThings become collateral damage in Facebook’s push to become a friends-first and engaging-only platform. Many media execs across the globe are wondering ‘who’s next?’

LittleThings weren’t the only company to experience a downturn in Facebook referrals. More than a dozen of the biggest names in online publishing are likely to be seeing a significant decline in their Facebook traffic as well. According to some Similar Web statistics, these and other publishers of similar size have been seeing between a 12% – 25% drop in Facebook referrals in the last few months. 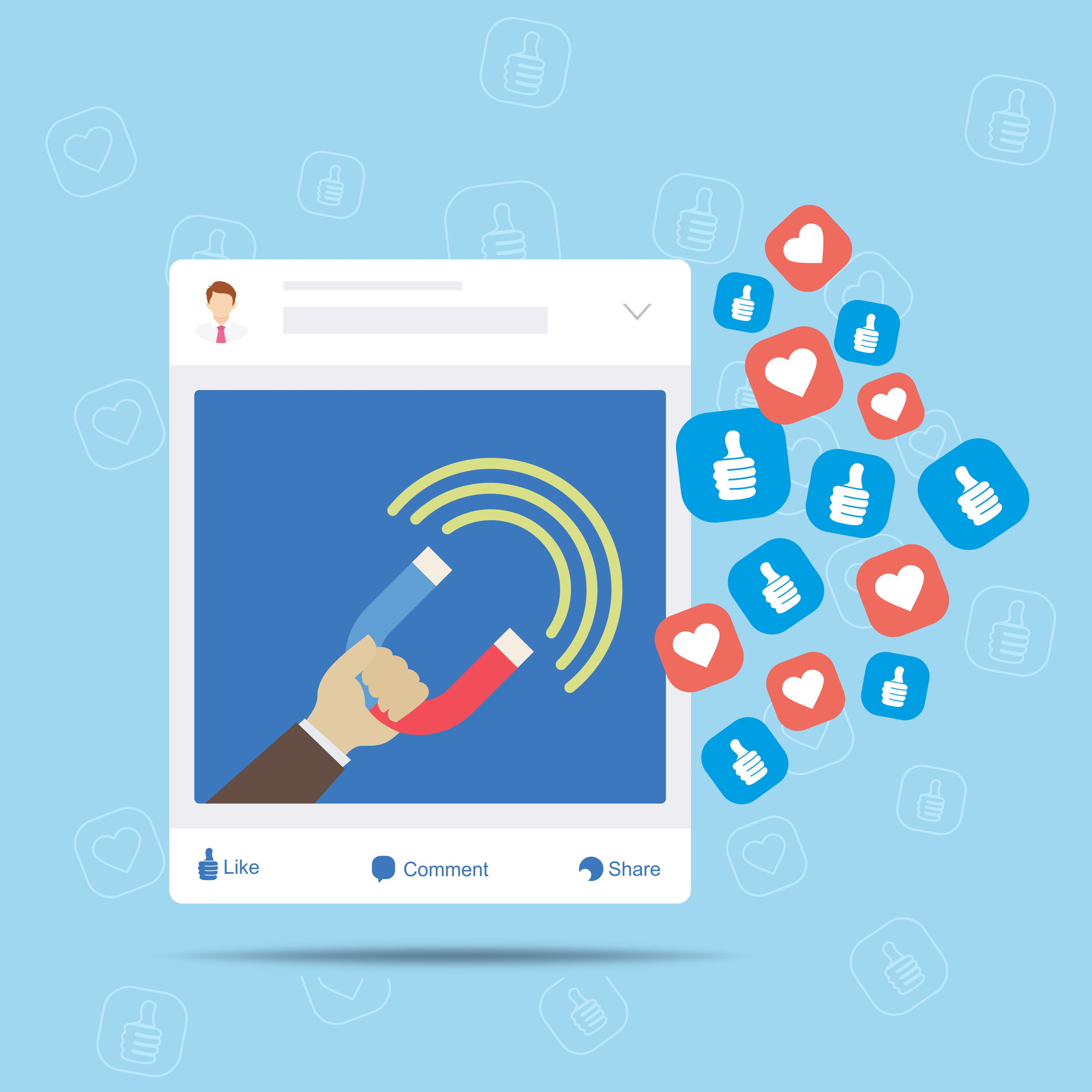 Margaret Thatcher knew that ‘there’s no such thing as a free lunch’. There really isn’t. ‘Lunch’ was free for many publishers in the years running up to 2017 on Facebook, but there is nothing wrong with using the Facebook Ads Manager, or other paid distribution channels that bring paid referrals to content, as long as they are managed correctly.

It’s time the publishing industry learnt more from its tech-savvy friends in e-commerce and dive more into attribution by connecting both consumer & ad-revenue streams along with engagement metrics to their paid distribution efforts. These key analytics metrics have been trumped by virality and organic reach levels in recent years.

Each user coming from a different, device, geo or platform is worth varying amounts to a publisher looking to use the pay-to-play model. How do you know how much you can, or would be prepared to pay, for a particular user if you’re not sure exactly how much they would be worth to you? 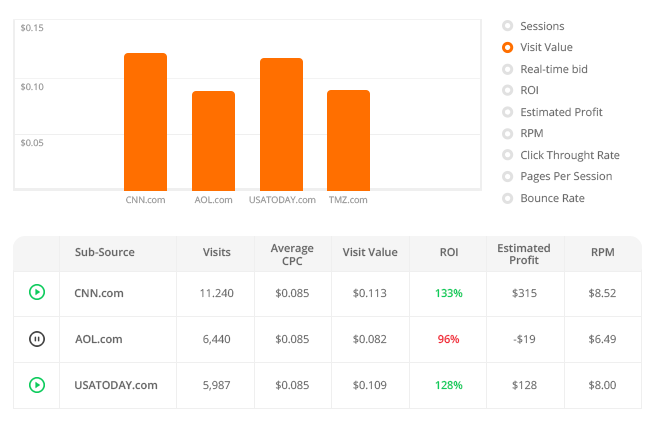 Facebook is not the only platform that can help publishers grow. The best way to effectively explore alternative options is to use them, test them and find out which one works for you and your content.

Buzzfeed’s Vice President of Operations, Michelle Kepner, told Forbes that the company is experimenting with other platforms. “Any time we see a new platform or a new feature, we immediately begin testing it to see how it can work for us,” Kepner stated. The rise of platforms like Pinterest, Instagram, and even Apple News for paid distribution means that there are many other places worth investigating for publishers.

A crucial part of experimentation with other platforms is using the right technology to analyze what could potentially work.

Using revenue attribution platforms, it is much easier to run trial and error campaigns on a smaller scale, without risking entire budgets, all the while optimizing the performance of content on any particular platform. 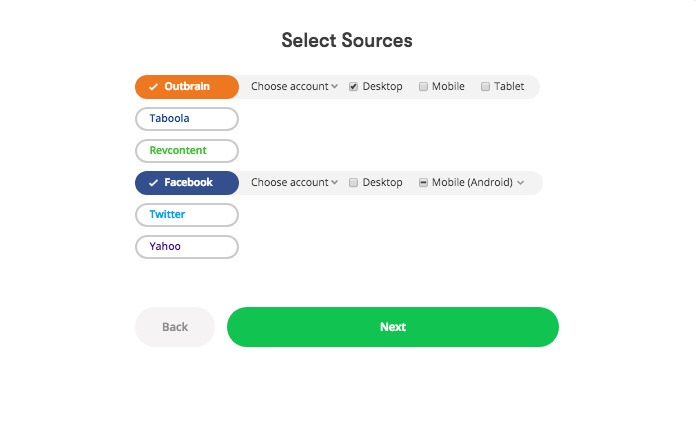 There is no publisher with a divine right to base their entire, or most, of their business model on any sole traffic source or platform.

But there is no need to get mad, just get smarter.

Any by smarter, what is really meant is to accept the fact that diversification and acquisition is the only way to guarantee traffic levels, and hence revenue, in the online publishing world.

There is no need for any publisher to be caught off-guard when any one platform, like Facebook, changes their policies or algorithm with the abundant choice and options available in the pay-to-play world. Managed with the right technology, you can scale your efforts, and even come out ROI positive. 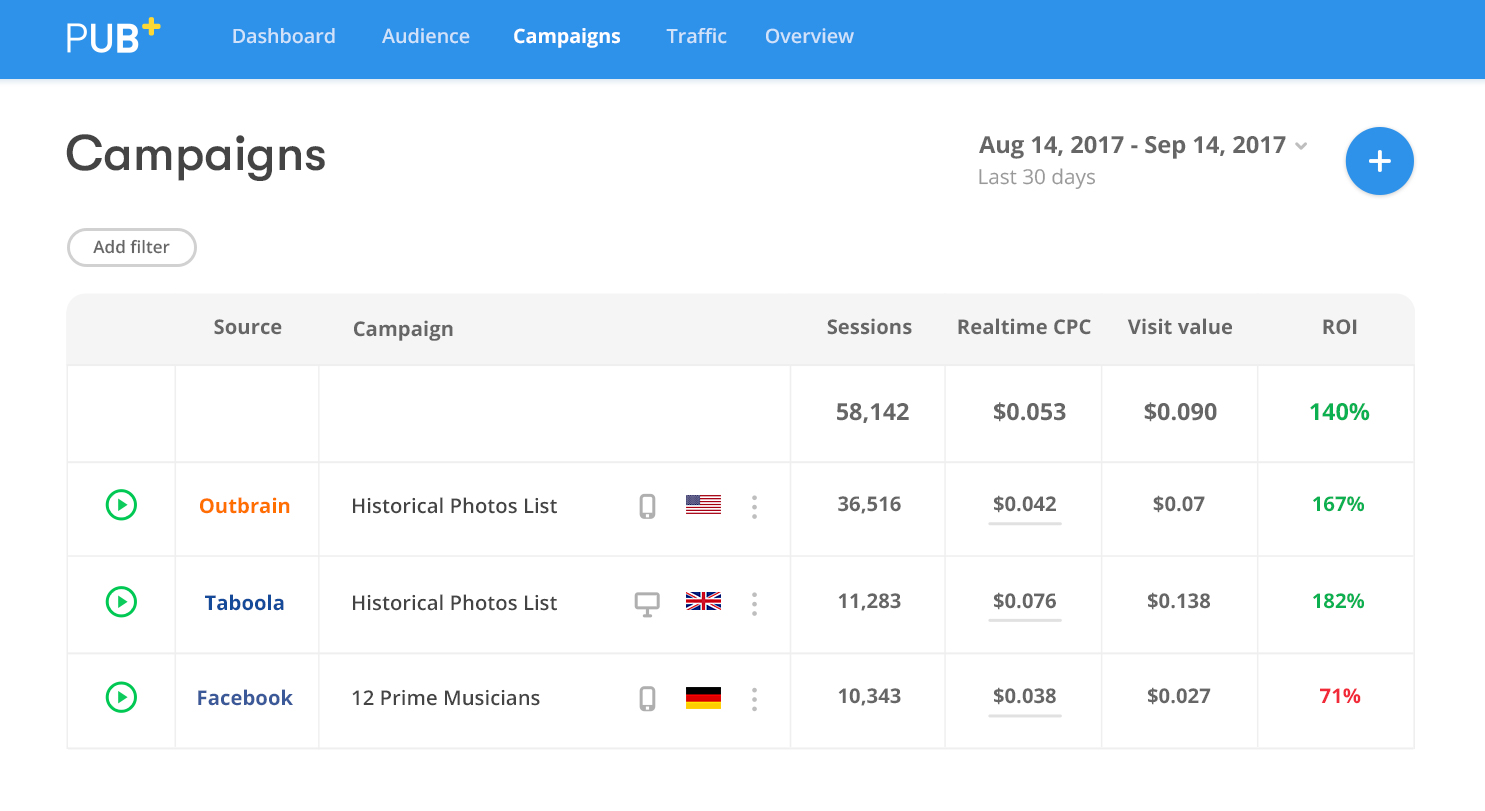 Gil Bar-Tur
Online publishing enthusiast, UX geek, and data science nerd. Combining all three of these brought Gil to start PubPlus: a platform allowing publishers to deep-dive into specific segments of information and extract insights in order to take action in real-time. He is also a self-confessed foodie with years of experience in restaurant selection.
More from Thought Leadership
Bad Actors Went Bargain Hunting On Cyber Monday Too!
Omry Aviry
This article was originally published on Medium, by Clean.io Publishers without protection feel the steep costs of...
A Publishers Guide to Google’s Confirm Click Penalty
Alon Germansky
You’ve most likely heard a thing or two about Google’s confirm click penalty. First spotted several years...
Move Over, Unicorns: Here Comes Social-First Publishers
Gil Bar-Tur
This article first appeared on MediaPost In the tech world, we love to watch the unicorns, those...
Facebook Is Hitting Publishers Where It Hurts: Here’s What To Do
Leytal Ross
This article first appeared on Digiday. It’s no secret that Facebook is cracking down on publishers who...
Why Are Publishers Struggling to Master Paid Content Distribution?
Gil Bar-Tur
This article first appeared on Digiday The advertising environment is transforming, pushing publishers to find new revenue...
Know What You’re Getting Into – Hidden Obstacles of Subscriptions
Adi Harush
Securing Revenue Streams The New York Times, The Washington Post, Wall Street Journal, LA Times and The...
Show more
Engineering Blog
Scaling Machine Learning Models With Docker, ECS and Redis
Elad Zalait
In PubPlus’ Data Science Department, we strive to make life easier with automated tools. That’s why we...
Gaussian Process Regression With Varying Noise
David Tolpin
In Gaussian process regression for time series forecasting, all observations are assumed to have the same noise....
Technical – A Small Program Can Be a Big Challenge
David Tolpin
A probabilistic model for session depth estimation A good part of today’s internet content is created and...
Bid Selection Under Uncertainty – An Explanation
David Tolpin
The purpose of managing bids is to maintain optimum balance between profit and traffic volume. Achieving this...
More Engineering Blog
News
ClearPier Acquired PubPlus for $60M
Gil Bar-Tur
ClearPier, one of the largest ad-tech companies in Canada, acquired the Israeli advertising technology company PubPlus for...
PubPlus Certified As Verizon Media Preferred Partner
Adi Harush
PubPlus Joins Verizon Media Native Marketplace Preferred Partner Program PubPlus, the leading revenue attribution platform for content publishers,...
PubPlus Certified As Snapchat Ads Partner
Adi Harush
Reflects PubPlus’ Expertise In Helping Publishers Leverage Snapchat for Profitable Content Distribution TEL AVIV, Israel, Oct. 29,...
How Real-Time Revenue Attribution Unlocks More Revenue Per Visitor
Gil Bar-Tur
This article first appeared on MarTech Series  Today’s most successful online publishers are operating according to a...
PubPlus Ranked Among the 2018 Deloitte Tech Fast 500™ EMEA
Shiri Hershkovitz
Deloitte recognizes PubPlus as one of the fastest-growing technology companies in the Europe, Middle East and Africa...
More News
PubPlus Central
PubPlus Ignites Female Empowerment On Soccer League
Shiri Hershkovitz
PubPlus has been the proud sponsor of the Bnot Yehuda women’s soccer club for over a year....
Takeaways From MediaPost’s Publishing Insider Summit
Adi Harush
MediaPost held their annual Publishing Insider Summit this past weekend in the historic golfing city of Pinehurst,...
A Tale from Vail: An Inside Look at the Digiday Publishing Summit
Omry Aviry
Digiday held their annual Publishing Summit in Vail, Colorado at the end of March. It’s three days...
The Rise Of News Platforms: Are They Worth It?
Omry Aviry
With publishers scrambling around in the wake of Facebook’s algorithm changes last year, a number of previously...
3 Things We Learned From Digiday Publishing Summit US
Shiri Hershkovitz
Subscriptions are hot…but cost a lot. A lot of conversation among publishers revolved around the topic of...
PubPlus, “We Can Tell Anyone If It Was Worth Spending The Money”
Shiri Hershkovitz
Gil Bar-Tur founded PubPlus – an Israeli startup company that is receiving its first exposure here and...
More PubPlus Central
Resource Hub
Publishers Guide to the Galaxy – Camping
Shiri Hershkovitz
Going on a camping trip to enjoy the fresh air? There’s a good way and a bad...
PubPlus’ Best Practice Series: Snapchat Best Practices
Omry Aviry
Social platforms have opened up countless opportunities for publishers, but it can be tricky to navigate their different...
Publishers Guide to the Galaxy – Traveling
Shiri Hershkovitz
Traveling abroad and checking the weather to see what to pack? There’s a good way and a...
Publishers Guide to the Galaxy – Restaurants
Shiri Hershkovitz
Going to a nice restaurant and trying to figure out the best way to pay the check?...
How to Profitably Scale Audience Development Campaigns
Shiri Hershkovitz
Watch how to profitably scale your audience development efforts by understanding your data, connecting your marketing spend...
Clear and Simple: Paid Content Distribution Made Profitable
Gil Bar-Tur
PubPlus’ CEO, Gil Bar-Tur, addressed the elephant in the room and tackled paid content distribution challenges head...
More Resource Hub